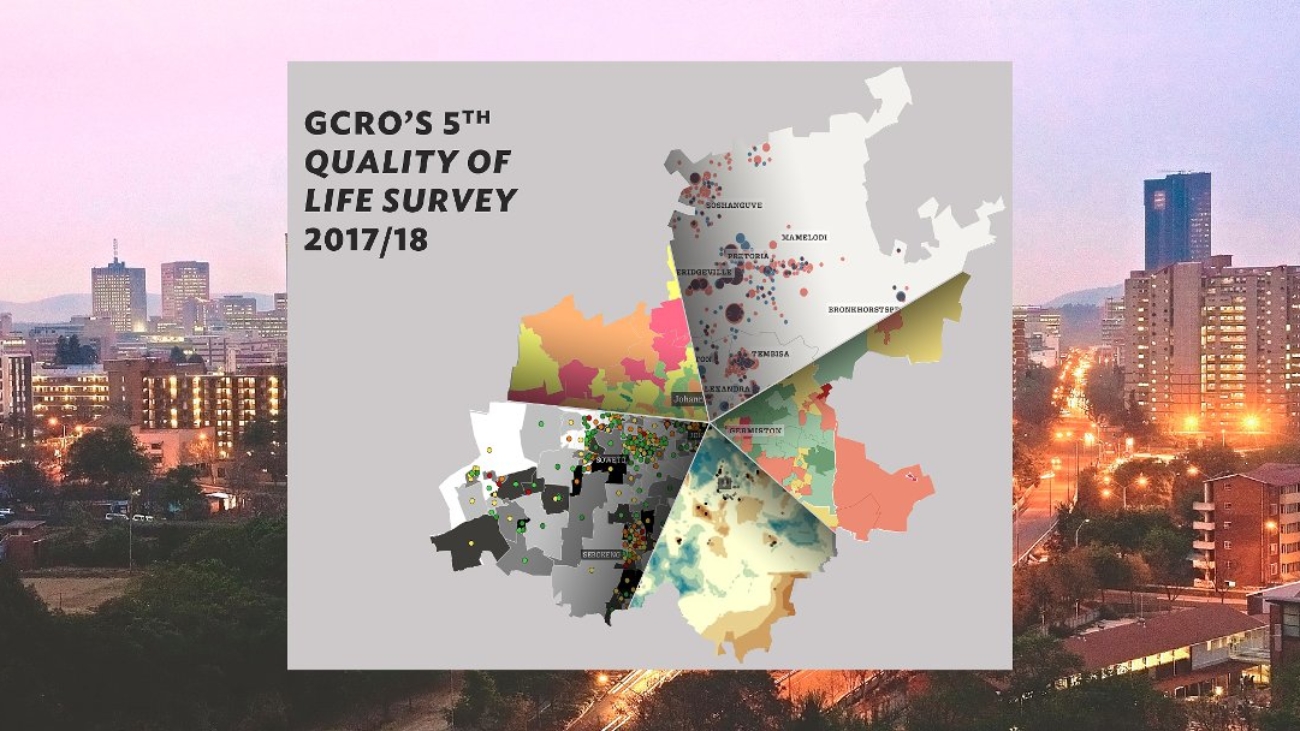 The media campaign for the launch of the GCRO’s 5th Quality of Life Survey started in earnest at the beginning of November and ran until 30 November 2018. The GCRO (Gauteng City Region Observatory) has run its Quality of Life survey every two years since 2009, and the results of the 2017/2018 iteration were launched at a high-profile event held on 13 November at the University of Johannesburg.

This iteration of the survey interviewed almost 25,000 respondents across Gauteng. The results indicated that, despite very challenging economic conditions, the overall quality of life in the province is improving. The launch event was attended by Gauteng Premier David Makhura who also responded very positively to the results.

In preparation for the launch, Apex was commissioned to develop content and manage an extensive media and social media campaign. This included two media releases, two opinion pieces for the Daily Maverick and The Conversation respectively, proactive media engagement and liaison, and a highly successful influencer campaign.

Commenting on the experience, Apex MD Karen Eicker, says, “It was a privilege working with the GCRO’s highly dedicated and insightful team. We are also grateful for the support provided in the lead up to the launch by the Premier’s Office, and the marketing departments at Wits and UJ. Feedback received on the media campaign has been extremely positive, and we believe that the time and energy put into this aspect made a significant contribution to the high attendance at, and significant media coverage of, the QoL 2017/2018 launch.”

Key findings and more detailed results from the 5th Quality of Life Survey are available on the GCRO website www.gcro.ac.za.